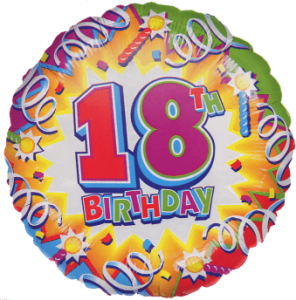 Would you believe it – SimeWorld finally made it to being an adult! As ever, it’s crazy to think back on what’s gone on in those 18 years, but this annual post is going to focus on the previous 12 months.

Incredibly I am still working for the same company in St Helens, and this isn’t far off being my longest stay at a single company ever. No more Microsoft exams under my belt this year but plenty of learning, from Office 365 to Sophos XG and much more besides.

Joanne is still working at Knowsley Education but whether that will still be the case by next’s year’s update is hard to say given the upheaval going on there currently. She has been working hard to lose weight and get fitter though, and I am very proud of her for losing around 2.5 stone so far. She may be glad she did by Summer 2020 but more of that later.

Matthew has started his final year of Uni and consequently his biggest project yet. Hopefully all his hard work will get him a foot in the door at a place where he can start to build his career.

Heather is in her second year at College and is starting to focus down on what area she wants to direct her career towards. She is also working part-time in a bakery which will help her skills – and bank balance!

The saddest point of 2019 was when we had to say goodbye to our wonderful dog, Crackers. He had been ill for some time and it became clear that it wouldn’t have been fair to allow him to go in in pain, so we had to take him to the vet to be put to sleep. Despite how incredibly tough that was for us, we all stayed with him till the end to stroke him and talk to him so that he knew we were still with him. We will never forget him and we just have to be grateful for the 7 and half years that we were able to give him a loving home.

Frame of Mine is still ticking over – we don’t push it as hard as we might due to time constraints, but it still brings in a little bit of ‘Fun Money’ which we can use to treat ourselves from time to time, which this Autumn was a short break in Tenerife 🙂

I am a little embarassed to say that I still haven’t finished editing the footage of my Dad talking about his life. I really need to get my ass in gear. Realistically there is no chance of doing it before Christmas, so let’s aim for Easter instead.

So, where are Joanne and I going on holiday for Summer 2020? Well, given that 2020 is the year that we both hit 50 AND it’s our 25th Wedding Anniversary we decided to go all out for a once-in-a-lifetime holiday in the USA. We start with 4 nights in New York, 3 nights in San Diego and finish with 5 nights in Las Vegas. To say that we are excited would be a massive understatement. Hopefully I will have recovered enough by next October to be able to tell the tale!

Until then, as always, take care of yourself and your loved ones, and above all else….be kind.