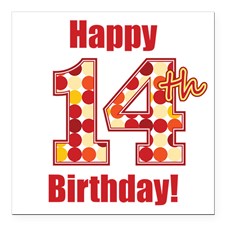 Well it’s October 17th so it must be time to wish SimeWorld a Happy Birthday. It always seems incredible to me that I started this website so many years ago. Let’s not forget that I hand-coded it with HTML – not like these spoiled kids these days with their fancy webpage creators!

Without a doubt the biggest event for me since my last post, and one of the most difficult things I’ve ever had to cope with, was losing my Mum who passed away aged 74 in November 2014. She had been taken seriously ill whilst on holiday in Tenerife, so my brother had to rush out there for a week, and then I took over for a week, before my sister came out. We managed to get Mum home, but she had been severely weakened and soon became ill again and soon passed away.

My heart felt like it was literally broken, and I know that pain will never truly go away. Slowly and surely though, I have learned to cope a little bit better as each day and week passes. As part of that, I went back out to Tenerife in September to surprise my Dad who was on holiday there, so that he had all his children around him whilst he faced some very difficult memories from the year before.

Although the circumstances were far from ideal when I first saw Tenerife, I found the place to be lovely (not to mention HOT) so we booked our first even ‘beach holiday’ for August. Rather than chilling by the pool though, we did out usual trick of trying out almost every activity available! The list includes parascending, boat trip to see dolphins/whales, medieval night at a castle, Siam Park water park, and much more! Not cheap, but as you can imagine this year, I’ve got more important priorities than money. You can’t take it with you, so why not enjoy yourself – and worry about the overdraft later 🙂

I’m still working for the same company in St Helens, and Joanne is still working for Knowsley Council, assisting children with hearing and visual impairment. She is currently studying for a Braille qualification, and whilst it’s obviously pushing her to her limit, I have every confidence that she will do it.

Matthew is 18 next month – how crazy is that. We’re going for a meal on his birthday (just close family + girlfriend) and he’s having a small party a few days later. Just need to decide how to embarrass him at his birthday now 🙂

Heather gets bigger every week, and is almost as tall as me now – which isn’t saying much to be fair! She is learning to play the violin in school, and she has taken to it very well. Just need to persuade her to put the practice in now. How hard can that be……

Well that’s all for another year, but I feel it’s fitting to end with a tribute to my wonderful Mum who looked after me and helped me in so many ways for so many years.

It was my Mum who first helped me to learn coding, by reading out from a magazine whilst I typed it in, so without her support there may never have been a SimeWorld.