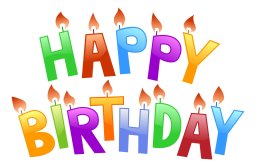 As you’ve already gathered some time ago, I gave up updating SimeWorld regularly a long time ago, but I can never quite seem to find it in me to let it go. So, here’s my annual ‘State of the Nation’ address from the world of Sime.

Since my last update, my world has changed considerably. I was eventually made redundant from the job which I had been in since Heather was born. Luckily I was only out of work for a month or so, and I’ve found myself a new role within IT Support for a local firm.

Joanne’s job has stabilised over the last 12 months, although you can’t take anything for granted these days – even with local government roles. Fingers crossed that things will start to pick up for her soon though, but in the current climate we’re both just grateful that we have jobs.

We got to France for the first time in Summer 2011, and we stayed at a KeyCamp near Paris. Managed to get us all up the Eiffel Tower, and had a great day at Euro Disney. Who knew that the so-called ‘kids rides’ could scramble your brains quite so effectively!

We’ve still got 2 rabbits as our family pets, but they don’t like being picked up (or even stroked) so that has become a bit of a problem. We’re spending our time and money to keep pets that we get nothing back from, so we may take the difficult choice to let them go this year. The kids want a dog, and I would love one too, but I’m not convinced that our house and lifestyle would be suitable.

Last, but not least, 2011 was the year I finally found fame on BBC1, as I appeared on Pointless with my brother. I was just made up to get an expenses-paid trip to the BBC Television Centre, never mind get on TV! Anyway, check out this link to see my cool calculated TV appearance in action!

If you would join me once again in raising your glasses, I propose a toast to the website that has taught me so much, put me in touch with so many people, and has become a popular stopping point for fans of my famous jockey Great Uncle Joe Sime!