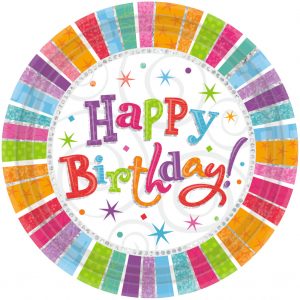 Well, it’s that time of year again folks, where I can’t resist popping a little birthday message to mark the passing of another 12 months in the life of SimeWorld and all the people associated with it.

I will start by saying that 2012 hasn’t been an easy year by any means. I was made redundant in January, and had to venture into the world of contracting to try and pay the bills. I managed to get a 3-month contract with a great team at the Co-Operative HQ in Manchester, and this was extended by another 3 months. I’ve since got myself another 3-month contract in Skelmersdale which has recently been extended by 6 months, so things could be looking up!

Due to the massive hit we’ve taken financially, we weren’t able to afford a proper family holiday for the first time since Matthew was a baby. We did manage to squeeze in a long weekend in Wales though, so we made the most of our time there and had a lovely break together.

Speaking of Matthew, he has finally outgrown me! He is 15 next month and has started the 2-year syllabus which will lead him into his GCSE exams. Scary how quick time goes. Heather is in her last year at primary school, and we are hoping that we can get her into the same secondary school as Matthew next year. It’s a great school in a lot of ways, and it would also make things easier logistically.

Joanne is still working for Knowsley Education, and has started learning Braille this year. A very generous lady donated a braille-ing machine so that has been getting some use at home whilst Joanne learns how to string letters and words together. She is also working with LearnDirect to improve her Maths skills, as she sometimes has to support kids in secondary schools, so it’s all about self-improvement this year!

So as 2012 enters it’s final phase, I look back and try to remember that although it’s been a difficult year, it could have been a thousand times worse. What’s imporant to remember is what I DO havem which most importantly is a wonderful wife and two fantastic children, with a roof over our head and food in the cupboards. With any luck I may be able to secure a better paying job before too long which might mean we can afford a holiday in Summer 2013.

Thank you to any of you who stopped by during 2012, and here’s to 11 years of SimeWorld.